Questionable Inventions for the future mechanic to deal with

And other interesting news!

This week on MSN's Auto Blogs, two postings were very noteworthy-albeit, interesting to me, as I wondered how the heck will these cars change the automotive aftermarket. How will you be able to fix the advanced computers? What problems will arise? Tire repair will become an interesting concept with cars such as these listed below: 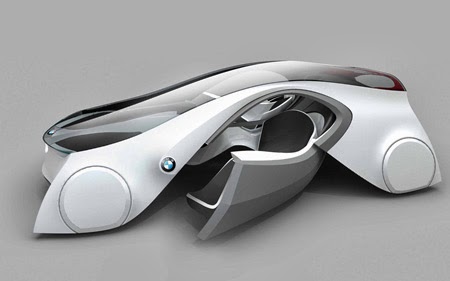 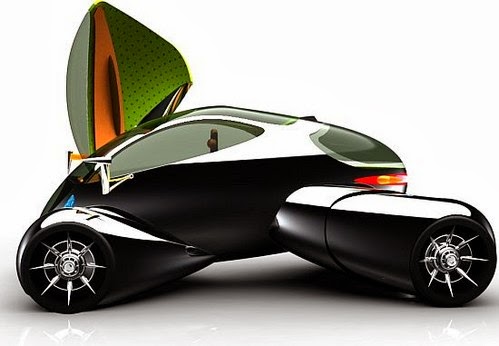 In one article, they explain how cars will be able to read facial expressions in the future. Your car will acknowledge if you are angry, very tired, irritated, so forth. These emotional sensors are meant to reduce accidents by detecting human feelings. So that means if my car thinks I am angry, will it shut off in the middle of the highway?? Will it tell me something happy? My opinion-the more computerized cars get, the less talent people actually execute on the roads. I see my younger cousin look at her rear view camera rather than her mirrors and scream loudly "LOOK AT THE MIRRORS" as she almost gets sideswiped. The camera cannot see everything. Case in point.
And don't get me wrong-a few future trends will be great for the road. Breathalyzers that work every time an alcoholic gets behind a wheel-good. But again, if I have a beer, wait an hour, and the breathalyzer doesn't let me turn my car on, I will be blatantly pissed off. How well will this work? Will it be mandated?
Then, MSN Autos posts about the new Carplay-the iOS in the car. You will be able to sync audio, maps, contact information, schedule, EVERYTHING DEAR, into the consul of your car. Pros-love that I will have my favorite soundtrack, and calling my grandma is simply "CALL GRANDMA", CONS-I can see idiots checking their schedule, looking at the damn gps rather than the road signs, updating their shizzle, working on the computer-all while driving from a-b.
Then, I think about how this will affect the local mechanic. What will be the supplies? Will every auto shop need a computer tech employee to manage these cars? It will be very very interesting, no doubt. The change will be exponential, so expect to see HUGE change in 15-20 years time. I can't wait to buy a hover-craft when I am 60, let's be real.
http://editorial.autos.msn.com/blogs/autosblog.aspx?featv319b5f-dd52-497f-bf66-f11eb142652f=&page=6

Posted by ShopSaverExpress at 2:00 PM 2 comments: 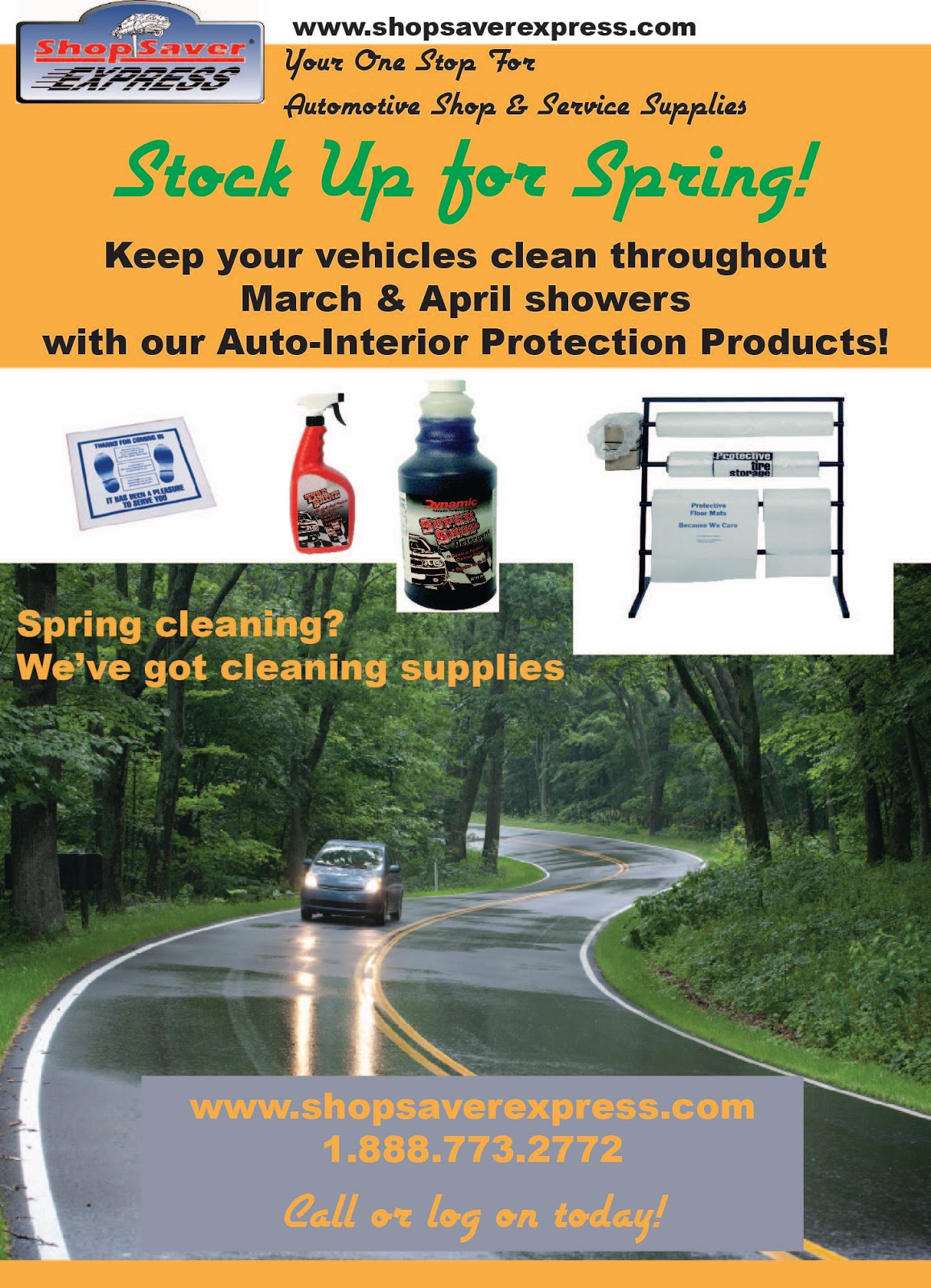 Posted by ShopSaverExpress at 1:58 PM No comments:

Can't copy and paste any of the pictures to show you on my blog, but you'll have to trust me. The greatest.

Here is one picture I CAN paste!!! 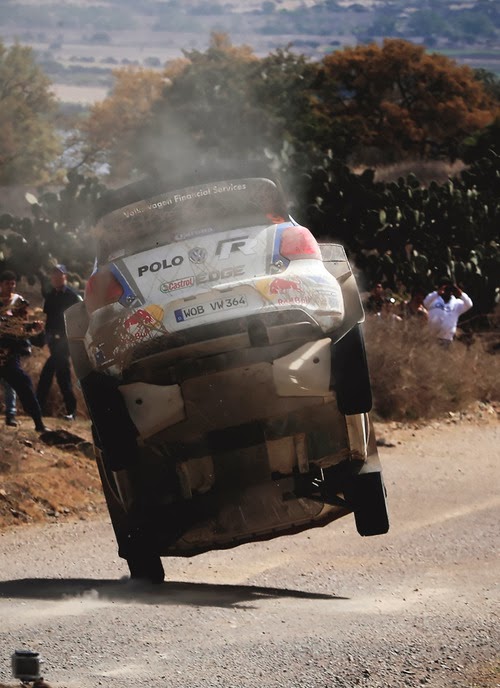 Posted by ShopSaverExpress at 2:58 PM No comments:

28 Useless Facts about Cars to Impress Your Friends

POSTED ON FEBRUARY 28, 2014
Cars, just what is this thing that American have that makes us thrive on cars? We own them for transportation, as a utility, as a right to manhood, and for prestige just to name a few.
America has been enamored with the automobile since its inception in 1893, when brothers Charles and James Duryea, of Springfield Mass. They are credited with building the first practical automobile in America. But in Europe the automobile had a 100 year head start.
Automobile, by the way is French, which is translated as self – moving. The first true automobile was invented in France in 1769 by Nicolas Cugnot, a military engineer. It was steam powered and was immediately commissioned to be enlarged to be able to move artillery. Thank God for the war machine!
Accordingly the first car accident was in 1770 when Cugnot knocked down a wall in Paris. This vehicle is still preserved in the Conseratoire Nationale des Arts et Metiers in Paris.
This week’s article is not going to be a long and drawn out history lesson but a light and interesting piece highlighting some neat historical facts and a lot of trivia about America’s sweetheart, the car.

1. The first cars did not have a steering wheel, they had a single lever somewhat similar to a tiller.
2. Jamshedji Tata was the first person to own a car in India. The company that bears his name produces the cheapest car in the world.
3. The first car to be powered by an internal combustion engine was built in Mannheim, Germany by Karl Benz in 1885.
4. The car that sold more than one million units in one year, a record that still stands to this day is the 1965 Chevrolet Impala.
5. The first auto insurance policy was purchased in 1897 in Westfield Mass.
6. The windshield wiper was invented and patented by Mary Anderson in 1905.
7. A deploying airbag moves at up to 4500mph within the first second. It has a generated force of up to 200g. They are designed to deploy after a collision of over 19mph and the entire cycle from impact to deployment to collapse takes 40miliseconds.
8. In 1924 a Ford cost $265.00.
9. The most expensive vehicle ever sold was a 1931 Bugatti Royale Kellner Coupe which sold for a staggering $8,700,000.00.
10. The first car radio was invented by Paul Gavin.
11. Red cars are prohibited in Shanghai China.
12. After being used in the movie “Gone in 60 Seconds,” the 1967 Shelby Mustang GT-500 as one of the most famous cars ever.
13. The first speeding ticket was issued in 1902.
14. Mr. Allen Swift of Springfield Mass drove his 1928 Rolls Royce Roadster for 82 years.
15. The first traffic death was in 1896.
16. The original dashboard was a piece of wood that was fastened in front of a horse drawn carriage that prevented mud from hitting the driver.
17. The first coin operated parking meter was installed in Oklahoma City in 1935.
18. The world’s record for people crammed in a Smart car is 19.
19. The most expensive speeding ticket in history was in Switzerland where a Swedish man was clocked at 180mph. Fines in Switzerland are proportionate to income. His fine: $1,000,000.00.
20. Ferrari can only produce 14 cars a day.
21. Toyota produces 13,000 vehicles a day.
22. It is compulsory to keep a Breathalyzer kit in your car in France.
23. The “new car smell” is composed of 50 volatile organic compounds. Fortunately they are not toxic.
24. A modern fuel injected vehicle with all of its ABS and Traction control options disabled can drive upside down in a tunnel after reaching 120mph.
25. Steve Jobs found a loophole in California law and never had a license plate issued to him.
26. The height of the world’s lowest street legal car is only 19”.
27. Hong Kong has the most Rolls Royce’s per capita than any other city in the world.
28. There are 60 million vehicles produced every year, that’s 165,000 per day.
With that being said I hope that you enjoyed all of this useless information. But if used correctly it is sure to win you at least one adult beverage in any local pub or maybe a slot on “Do You Want To Be A Millionaire.” In any case enjoy it and next week we’ll get back to business
Posted by ShopSaverExpress at 3:29 PM No comments:

My brand new car had the worst weekend. On Friday, an old geezer in a huge pick up truck (parked next to mine) 'forgot' he had his snow plow on (he was also exiting a liquor store) and when he backed out, scraped the passenger side of my ride completely. While freaking out-I did get his insurance. On Saturday night, my car hit a horrible pothole and the BRAND NEW passenger tire blew out. completely. I called the Hyundai roadside assistance-free with my new purchase-and asked for help. The tow truck came and asked for the spare. THERE ARE NO SPARES IN NEW HYUNDAIs. What. So, the tow truck put the car on the flat bed and towed it to the dealership-where I thought I would get a deal since its under 900 miles. Then, the real tow truck called me. Apparently, my tow had been "sniped." After witnessing two tow truck drivers fight, fearing for my life (I am a small 23 year old woman, with no pepper spray, in a tow truck) and having my best friend speed like a demon to pick me up at the dealership-my problems werent over. I was stranded all Sunday without a vehicle.
Then on Monday, the dealership calls- NO HELP, $165 for a new tire. And re-alignment-$30. Ready at 1 pm. When I arrived, the dealership had no good information on what I should do for the huge scratch, laughed at me, and gave me a car with mud and dirt allll over it.
I freaked out. I screamed that they better clean my interior. The attendants, frightened and speechless, got out cleaning supplies while giving me a dirty look. I drove away very disappointed to say the least.
I will be calling Ron Marhofer no doubt to give customer service a piece of my mind.
A note to dealerships and service garages=when a customer has had a traumatic experience with an expensive new vehicle that they purchased from you recently, your roadside assistance was awful, your service station laughed at you, and your brand new cars are worthless on a Saturday night ( I can change a tire on the road, no big deal), CLEAN INTERIOR ON THE DRIVER"S SIDE IS THE LEAST YOU CAN DO. If you need help putting paper floor mats in a vehicle, please click our ShopSaver Express link.
Bam! Rant is over.
Posted by ShopSaverExpress at 10:39 AM No comments: 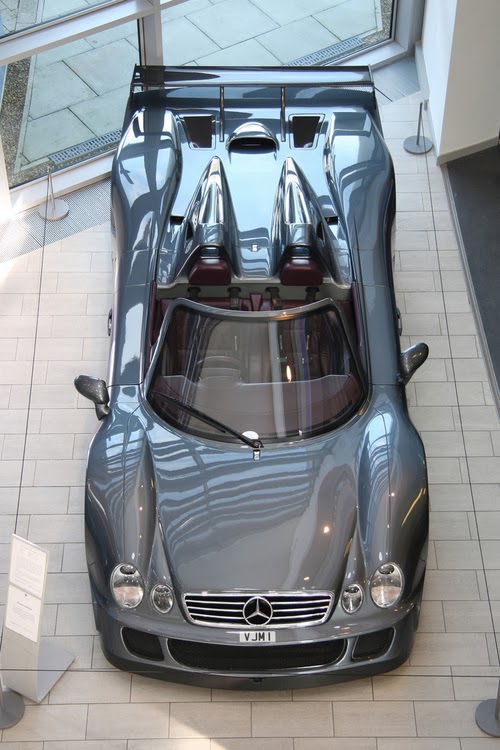 A classy tumblr for those who enjoy vintage/fine rides in a scenic portrait.

Posted by ShopSaverExpress at 2:49 PM No comments:

Checking in with F1

BREAKING NEWS: F1A Says OK for Celebratory Donuts
.... providing you are a winner
..... making sure you don't delay any podium time....
SEE the article in Autoweek


My 73 year old Dad's one true love and lust is the Ferrari logo on race day. Last week, he gathered around his children, grandchildren, and dogs to watch RUSH as he burnt the crap out of some steaks. This man only travels two places: 1. Ft Myers, FL, and 2. to Formula 1 races. "The farthest I have ever been for a race is France. I'll never go to that whore house again. (mutters mutters)." Yet, while he choked on the fact that I bought a foreign car almost a month ago, he has no problem rooting for his homeland Ferrari (100% Sicilian). I will never forget the look on his face when his youngest grandson asked about the Hunt versus Lauda finally. He even brought out pictures of his own 1965 Ferrari. Here is the great man's list of Ferrari's and Porsche he worked very hard to provide his garage space with: 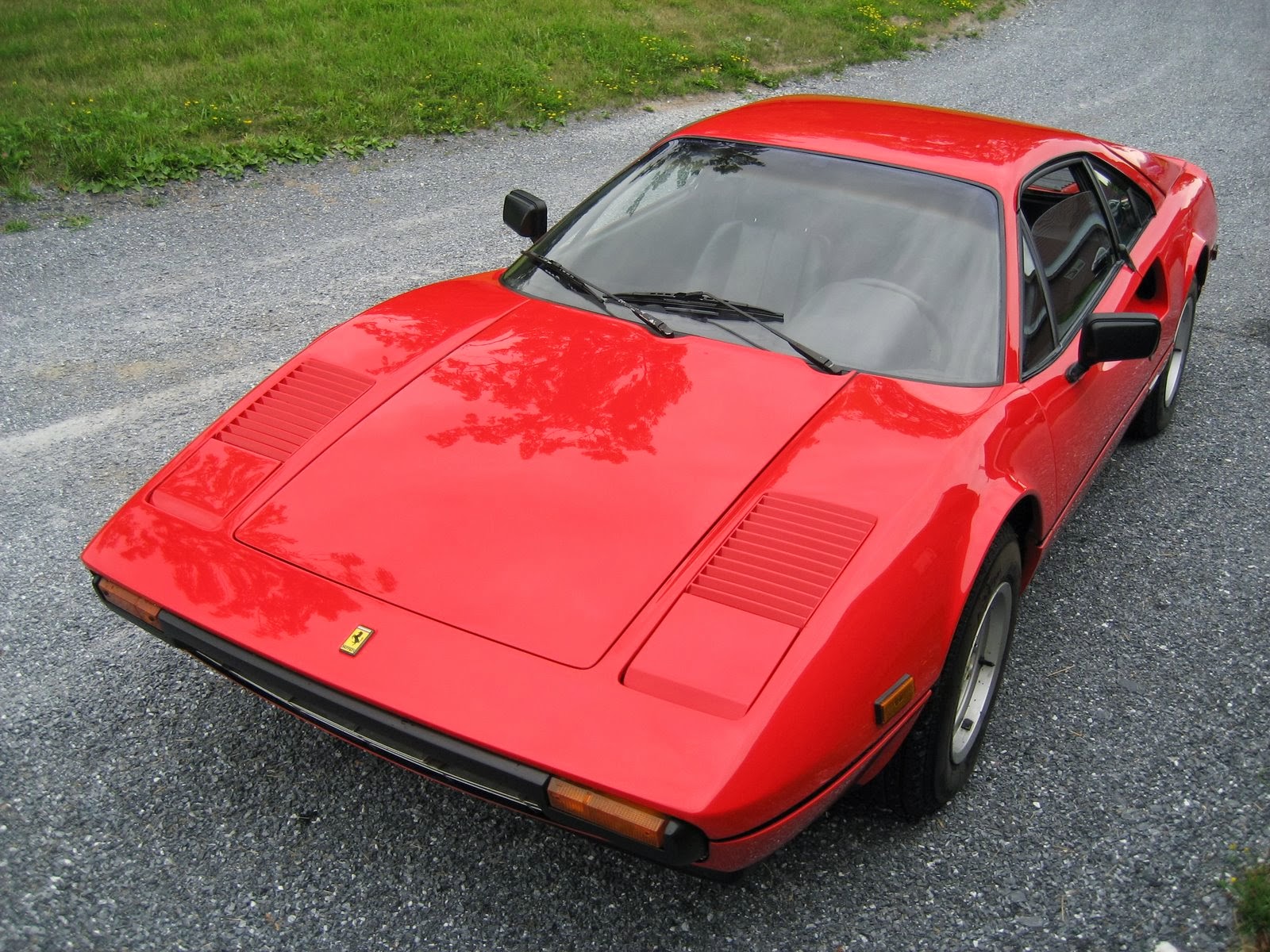 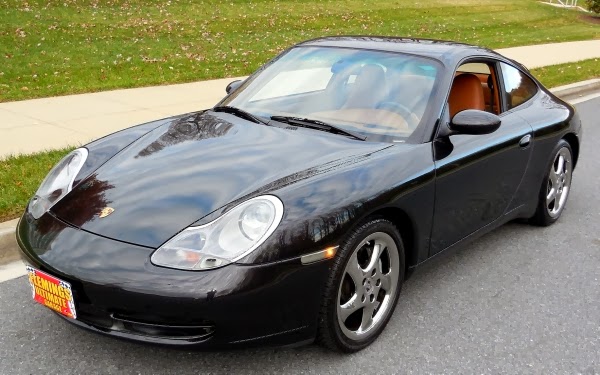 Posted by ShopSaverExpress at 4:01 PM No comments: 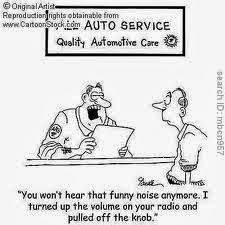 ShopSaverExpress
A Marketing Blog for Shop Saver Express, Your One Stop For Automotive Shop & Service Supplies